For someone who loves to travel and travels often, I had the biggest fear of flying overseas. There was just something about flying over water for an extended period of time that scared the shit out of me.  A couple months ago, I decided to suck it up and bought tickets to Italy with my best friend. It was an eight hour flight, non-stop, on Emirates Airlines. The seats were bigger, there was more leg room, and the food was pretty good. There was a bigger and better selection of entertainment, compared to domestic flights, to keep me busy. It was not as bad as I imagined it to be and totally got over my fear. Hello, world!

My friend and I only had four days in Italy, but we made the most of our time there. The food was incredible and the Italians were so sweet to us. Everyone spoke English, so it was easy to navigate around. There were so many well dressed men and women! I mean – it makes sense – Milan is the fashion capital.

Climbing the steps of the Duomo di Milano was probably one of the highlights of Milan. We enjoyed a couple of glasses of wine at a restaurant on the top floor of the Galleria Vittorio Emanuele II overlooking the Duomo. The Galleria is one of the oldest malls in the world. And, of course we had to try real Italian pasta and gelato. 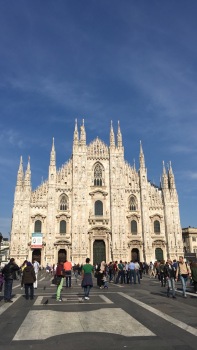 The details on this door is just insane! 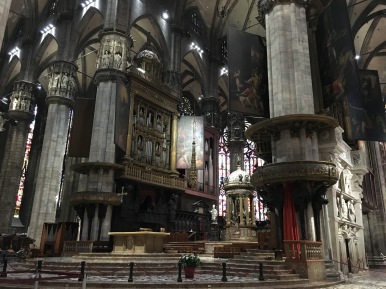 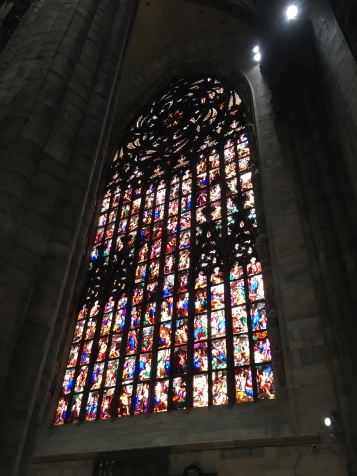 On top of the Duomo 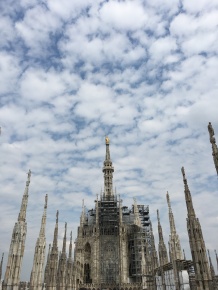 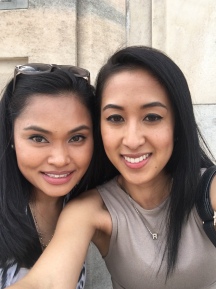 We made it to the top of the Duomo!

Wine with a view

Gelato is a must! And we got photobombed by a cute Italian couple.

I had to try some real Italian pasta with tomato sauce. 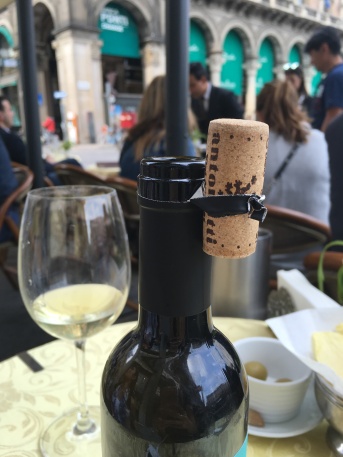 How clever!? I learned something new that day.

Nobu is a well known Japanese restaurant with locations all around the U.S. and the world. My friend and I thought we’d be bougie and take it up a notch by eating at the Nobu in Milan. It’s located within the Emporio Armani Store. We chose the prix fixe menu; the sea bass sashimi was my favorite. 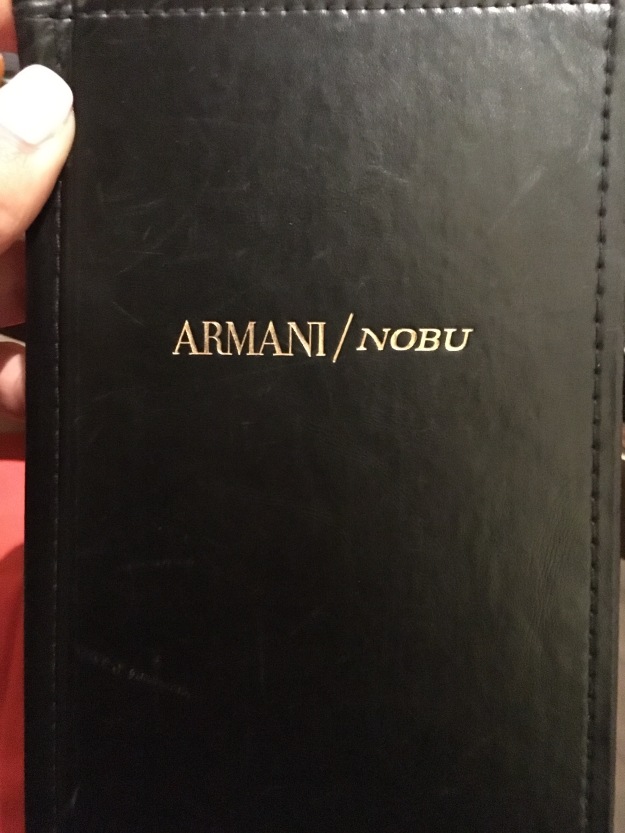 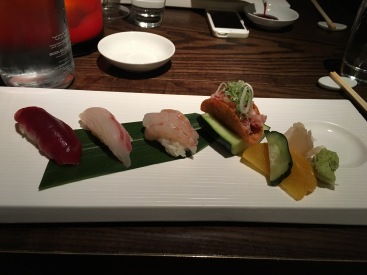 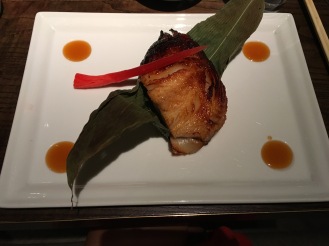 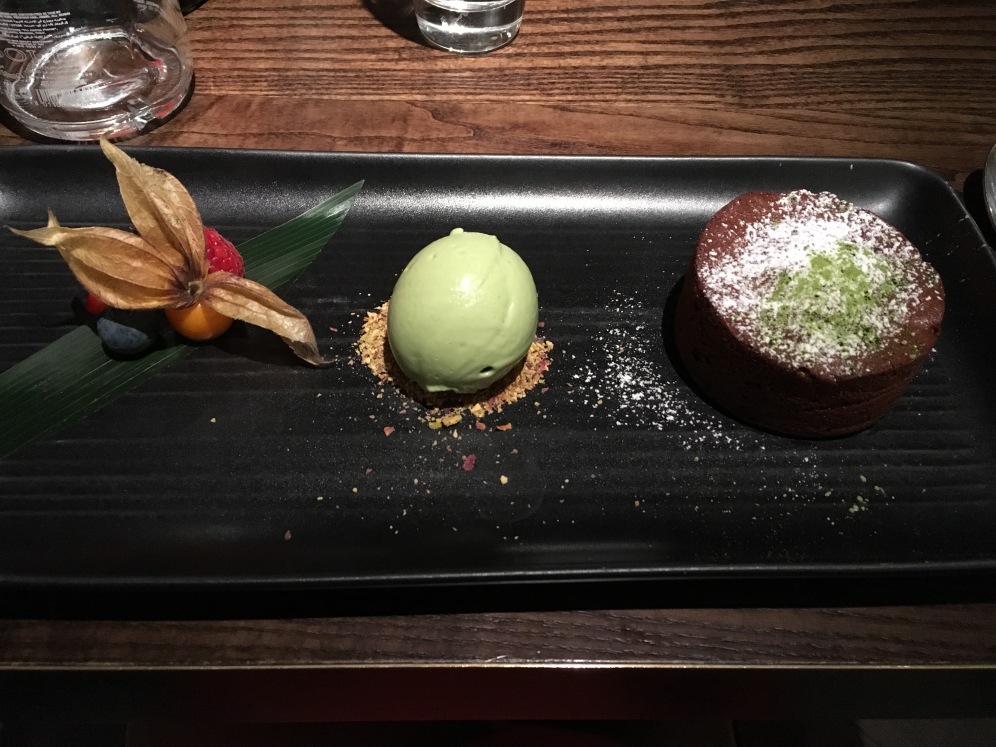 Before leaving to Rome, we had to try authentic Milanese food. I found this small mom and pop restaurant down an alley near the Expo. My friend ordered Milanese risotto with saffron and I ordered the grilled sea bass. The risotto was such a comfort food dish. The sea bass was so light and refreshing. It was such a simple recipe – just olive oil, lemon and herbs. 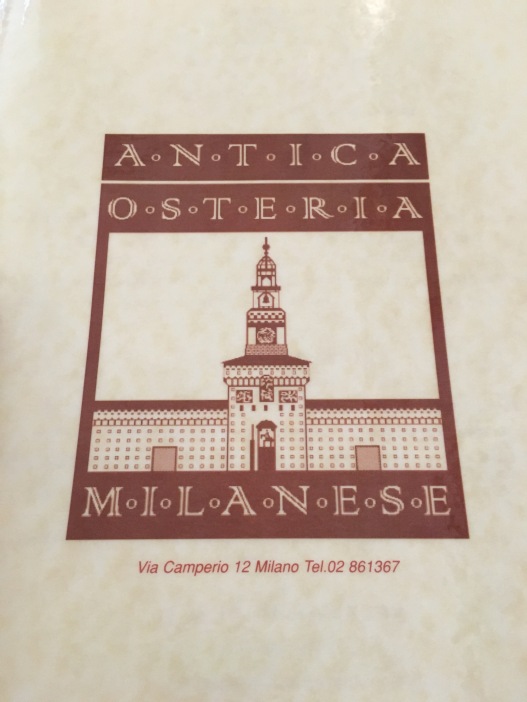